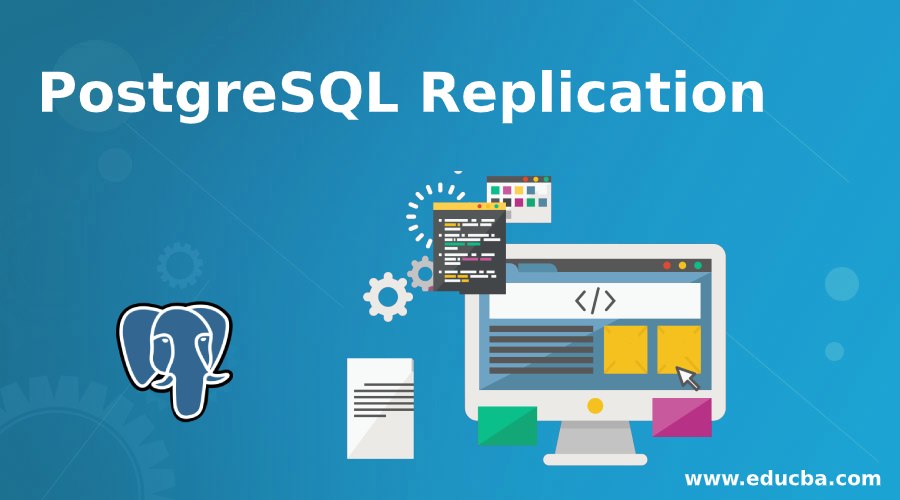 For maintaining high availability of database and load balancing when a large number of users are accessing the PostgreSQL database, various strategies need to be implemented and multiple database servers can be used that work together to the server the users. In this case, it is very easy to provide this facility if all the operations are read-only that means no operation is performed on the data present in the database servers only the available data is retrieved. In this topic, we are going to learn about PostgreSQL Replication.

The built-in replication feature that is provided in PostgreSQL is the streaming replication that follows a master-slave structure. However, when cascading is used, even the slave or stand-by database servers can send as well as receive the replicated data to and from the master database server.

The slave of standby servers always keep the track of the changes made by the master server and tries to keep themselves updated. There are two types of standby database servers namely hot and warm standby servers. A server that cannot accept the user connection until and unless it is promoted to master server are called warm servers and the servers that can accept the user connections and provide the facility of read-only operations on that server are called hot standby servers.

Write-Ahead-Log (WAL) file logging system is used in the streaming replication that marks the transaction committed even before the database in which the change is being done that is the target database is changed. However, this difference is minimal hence there is no inconsistency between the main and replicated database values.

There are some settings available and that need to be set on each of the master, slave or sending users that will be discussed in the upcoming sections of this article –

The standby servers require 16-megabytes segments of past log files that are stored in the pg_xlog directory for streaming replication in Postgres. This parameter specifies the minimum number of those segments that are required by the standby servers for proper replication to be performed. The value of this parameter can either be set from the server command line prompt or postgresql.conf configuration file of PostgreSQL.

If the standby servers are crashed or some network issues occur then the connection to that server needs to be terminated. This parameter helps in specifying that after how much time span the connection should be terminated if no response is being received. The default value of this parameter is set to 60 seconds and can only be modified from the server command line prompt or postgresql.conf configuration file of PostgreSQL.

These parameters need to be set on the server which is performing the role of the master node or primary node and can also be set on the stand-by servers that can be promoted to master in the coming future.

This parameter specifies the number of transactions of dead row version cleanups that can be deferred while performing vacuum or hot operations.

This parameter has a default value set to false and specifies whether it is allowed to connect and run the queries when the data is being recovered.

This parameter has 30 seconds as the default value and is used in case of hot standby servers specifying the waiting time before canceling queries of the stand-by servers that might lead to conflict with about-to-be-applied WAL entries.

Besides the above three more settings need be set at the slave server namely max_standby_streaming_delay, wal_receiver_status_interval, and hot_standby_feedback.

We can provide high-availability and balance the load on the database server by maintaining multiple database servers that can work together and implement replication to serve a large number of users without affecting the performance much in the PostgreSQL database. However, you need to be careful while performing replication and make sure that all the settings are set correctly for the respective database servers depending on the role which they are going to perform in replication and request handling.