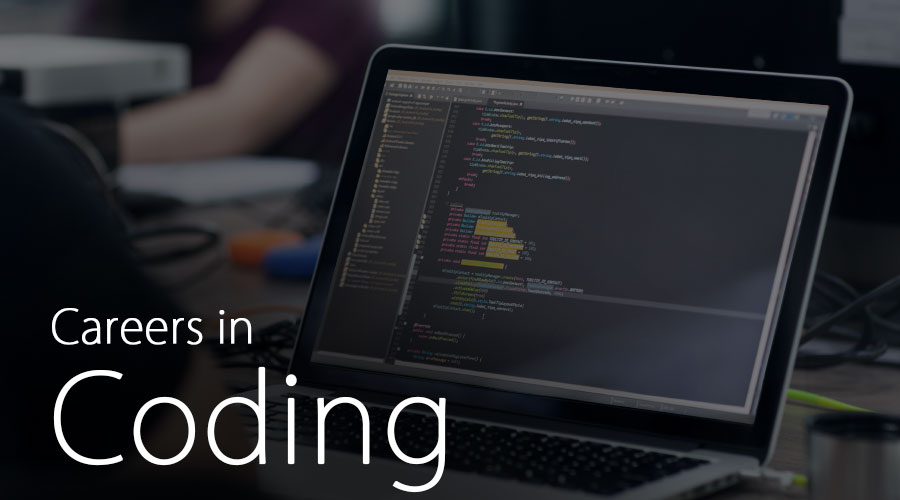 Introduction to Career in Coding

In this Topic, we are going to learn about a Career in Coding. Coding term is used for developing or writing the codes from one language to another. It acts as the main method to communicate between machine and humans. Coding is referred to as part of computer programming, which involves translating requirements into the machine-readable language. Coding is the lines of code written in a specific language.

Education required for Career in Coding

The education required for a career in coding is a bachelor’s degree in technology or science. The certificates or graduate degree is mainly required for entry-level coding. Then having knowledge of the particular field means in which language one do like to code. Learning to code requires a lot of patience, time, and determination to stick to basics and learn things properly.

The career path for coding is an entry-level, mid-level and higher level. The one who is a beginner in coding can start at the entry-level position. With experience in coding and learning languages, one can be a mid-level position. The one can be at a senior-level position that is highly experienced and managed the things. In this coding field, if anyone is having good hands-on in any language, can have a good salary and can be paid according to the knowledge the individual is having.

Today’s world is the computer world, and with increasing demand for applications in the market, it is having a great career and security in this field. Mobile applications are increasing day by day, and their demand is at its peak, which requires coding skill as the primary skill for any individual and organization to hire any coder. The one should have good technical skill or coding skill and the ability to understand the requirement easily can have a good career path in this area.

Job Positions or Application Areas For Career In Coding

The designations are always depending on the organization and its way of operating the systems and doing the business. The designation also depends on the domain like web developer, mobile app developer, system developer, desktop developer etc. There are other roles as well as a consultant, senior consultant, and principal consultant. The job positions mainly depend on the skills and expertise the individual is having. It has been seen that the coding profession has been increased drastically over the years.

The career in coding has increased over the decades, and it would remain one of the prime profession for many of people. Today’s world is the techie world and all want to be part of technology. It is the one of technology aspect to keep one to be updated with the latest things. There is a rapid increase in technologies like Artificial intelligence, Machine learning, and other latest BI technology; the only difficult part for the individual or developer is to keep learning things and update the skills for getting a better-paid job.

The coding simply means writing the code in various languages as instructed. It is referred to as less intimidating and less intensive. It is mainly language-oriented. It is the beginning part of creating the software. The coding is to translate the requirements into a language that a machine can understand. It is never easy to learn until the time one should have focus. It does require focus, time and patience. The code learning is taking a long time and to know things deeply is time-consuming.

The learning of coding in a specific language can be done by putting immense efforts into building the projects, solving the coding challenges, analytical and problem-solving capabilities. The career in coding gives you the actual feel of the software. It gives the opportunity to add value to companies or organizations and build the features that actually used by users. It helps you in developing your own applications as well. Suppose an individual is experienced in this field and can develop their own ideas in the form of an application, website, mobile app, and product. It is always recommended to learn, execute and solve problems to have success and excellence in a coding career.

This has been a guide to Career in Coding. Here we have discussed the education skills required along with job position, salary and career outlook in Coding. You may also look at the following article to learn more –